On April 25, The New York Times’ international print edition published an anti-Semitic cartoon (pictured above) depicting Israeli Prime Minister Benjamin Netanyahu as a dog wearing a Star of David on his collar and leading President Trump, who was drawn as a blind man wearing a kippah.

The Friday after the cartoon was published, our Senior Rabbi Ammiel Hirsch gave a sermon addressing anti-Semitism coming from both the right and left, and said:

“It took The Times too long to get to the place that should have been obvious from the start. Drawing the prime minister of Israel as a dog, hanging a Star of David on him, while he is leading the blind American president on a leash – who is adorned with a kippah on his head – employs classic anti-Semitic tropes.

“After days of inadequacy, by Wednesday they reached the right place. They themselves conceded that the cartoon was anti-Semitic, writing in an editorial: ‘Anti-Zionism can clearly serve as a cover for anti-Semitism — and some criticism of Israel, as the cartoon demonstrated, is couched openly in anti-Semitic terms.’”

The Times also announced that the editor who chose to publish the cartoon would be disciplined and that it had canceled the contract with the syndicate that provided the cartoon.

On Wednesday Rabbi Hirsch was among a dozen rabbis who met for nearly two hours with The New York Times’ publisher, A.G. Sultzberger, and editorial page editor, James Bennet. At the meeting, most of which was off the record, The Times addressed the Jewish community’s concerns about the cartoon and perceived bias in its Israel coverage – and Sulzberger further assured the rabbis present that the Times would be updating its implicit bias training for employees to include a focus on anti-Semitism.

Rabbi Hirsch noted to Sulzberger and Bennett that our generally more liberal Upper West Side congregants are among the core of The Times’ readership – and that many of us were shaken by the appearance of the cartoon. “We are the ones who view The New York Times to be the leading newspaper in the world playing an indispensable role in our free society. We want The Times to succeed and prosper.”

Discussing the paper’s coverage of Israel during the latest flare up of hostilities from Gaza, Rabbi Hirsch said, “It must be very hard to toe the line with flack coming from both sides. I urge your reporters and editors to think morally – and report the truth as fairly and accurately as they can. Attacking Israel with indiscriminate rocket fire is not freedom fighting; it’s terrorism.” 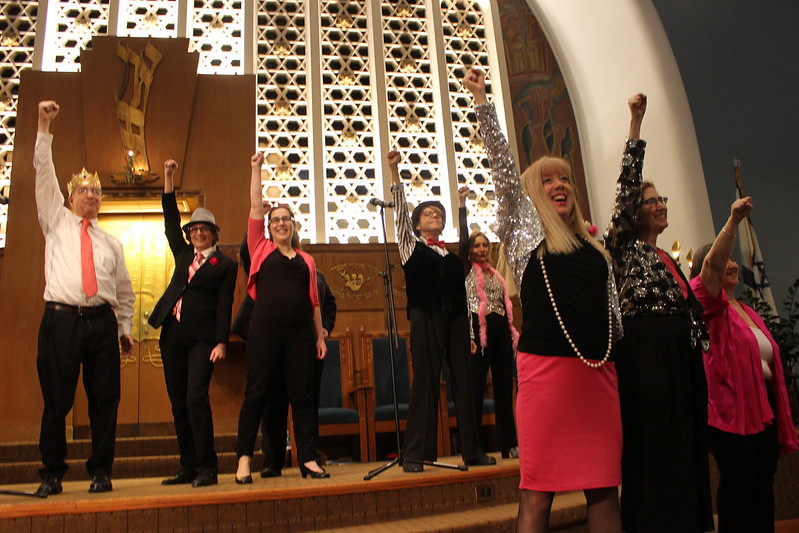 Miriam served as the ECC’s assistant director for 11 years under former director Lori Schneider, who retired in June 2018, and as interim ECC director since then.

“Although Miriam was a natural choice to take over after Lori retired, we wanted to be sure that we were making the best possible decision for our school,” said Senior Rabbi Ammiel Hirsch. “Stephen Wise Free Synagogue appointed a formal search committee, retained a respected consulting firm, and considered scores of candidates from across the country. There is no one more qualified, dedicated, and passionate than Miriam to take the ECC to new heights. May she go from strength to strength.”

A lifelong Jewish educator who cherishes the opportunity to teach children and is a true believer in the Reggio-Emilia educational philosophy, Miriam holds a bachelor’s from Yeshiva University and earned her master’s in early childhood and elementary education from Bank Street College of Education. She began her career at Temple Shaaray Tefila Nursery School, where she rose quickly to become head teacher of the three-year-olds’ classroom, and she has served as a mentor to new and aspiring directors through the Jewish Early Childhood Leadership Institute.

“I am so fortunate to have the opportunity to lead this warm and vibrant community of parents and educators, and I look forward to ensuring that we continue to provide excellent early childhood education and foster wonder and inquiry in our youngest students,” said Miriam. “Our commitment to our core beliefs will continue to create confident, compassionate, and curious learners who are ready for the next step in their educational journeys. With renewed spirit and growth, our school will remain a model of high-quality Jewish early childhood education.”

For more information about the Early Childhood Center at Stephen Wise Free Synagogue, visit our school online or contact us at ecc@swfs.org or 212-877-4050, ext. 231.